Only Apollo offers bathing systems with an FDA-recognized1, germicidal water purification system for continuous infection control. A study by the Medical College of Pennsylvania (see insert for details) shows the dramatic levels of bacteria that a bather brings to their own bath and proves the efficacy of UV purification at disinfecting the bathwater during the bath. Residents can readily self-infect during showering or bathing when water puts the bacteria on their bodies in motion and they can enter natural body openings, wounds, mucous membranes and be inhaled in water vapor. Apollo’s ultraviolet water purification has been clinically proven to reduce UTIs by 50% and Respiratory Infections by 35%. New users of the Remedy UV system regularly report an immediate drop in infection rates. Our infection control technology delivers rapid return on investment while creating a healthier, happier resident population.

The Apollo tub with remedy UV infection control systems has helped our facility to reduce infections since we installed the tub 8 years ago. Recently our rate of infections started to rise. After we consulted with our Apollo rep, Doug Jones, he recommended only using the Apollo skin care and cleaning solutions. We, for a period of time, had gotten away from using only Apollo products. We stopped using the various bath and body products that resident families brought in, and went to strictly using the Apollo products. We are happy to report that our rate of infections has come back down.

We would highly recommend the Apollo Bathing System with Remedy UV systems and Apollo Solutions for any nursing facility.”

Germicidal ultraviolet light (UV-C) is a proven technology that’s been used in commercial and medical applications for decades. The EPA2 describes UV water treatment as follows: 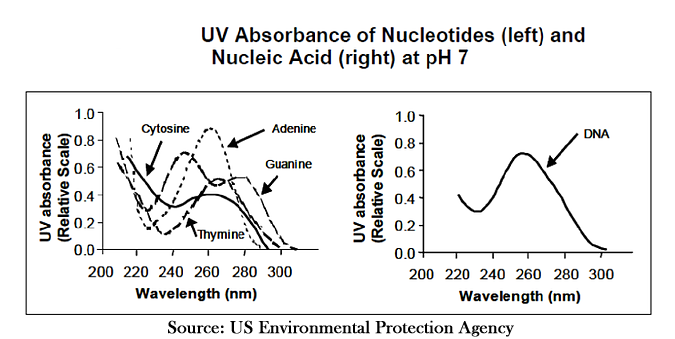 UV-C light is a broad-spectrum germicide, killing infectious bacteria, viruses, yeasts, molds, and other pathogens during the bath. It is able to kill highly virulent as well as drug-resistant pathogens including Legionella, MRSA, C-diff, and VRE. (See the side-bar for a CDC-cited study on the effectiveness of UV light in controlling Legionella in a hospital’s water source.) Ultraviolet bath water treatment will not cure someone with an infection, nor is it 100% effective in preventing transmission and self-infection. What it does provide is a dramatic reduction in the levels of pathogens in bathwater, including pathogens left by inadequate surface disinfection or in impure tap water and the most significant source of bathwater pathogens – the resident being bathed. With that reduction in bathwater pathogens, you will see documentable reduction in resident infection rates. The Remedy water purifier has been clinically proven to reduce UTIs by 50% and Respiratory Infections by 35%.

I just completed reviewing my infection control log and my skin log. I checked infections prior to installing the new Apollo tub with UV action and I am excited to say that we are definitely doing something right. UTI’s—residents with a UTI previous to installing tub averaged 1.5 per month. This has gone down to .5 right now as we haven’t had anyone with a UTI in December and the one infection we had was a resident with chronic infections that does not drink water well.”

How does UV-C light work in our bathing systems?

Apollo’s Remedy™ UV water purifier operates simply and automatically. From the moment the whirlpool motor is turned on, the whirlpool continuously circulates the bathwater through Remedy’s ultraviolet disinfecting chambers. This exposure to UV-C light penetrates and destroys pathogens, significantly reducing the risk for infection.

See the results from an independent lab test of the Remedy UV System at reducing levels of Pseudomonas A. and E. Coli below: 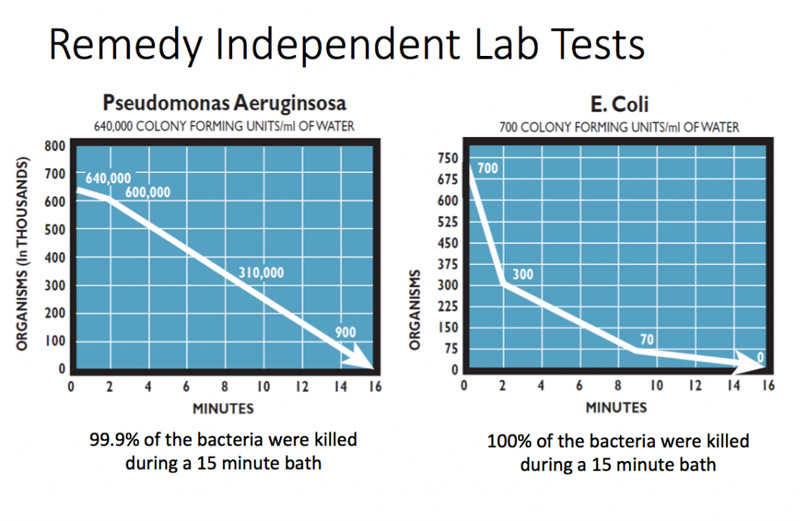 Get the Remedy UV Water Purifier in your bathing systems

All Apollo Spas may be configured with our UV infection control technology. Already have an Apollo Spa but didn’t purchase the UV option? Good news – If you have the whirlpool configuration of Apollo Advantage™ or Essence™ Bathing Spa, it can be upgraded with the Remedy UV water purification system. Ask your Apollo representative for a quotation today.
​
Footnotes:
1. FDA 510(k) number K012029, Ultraviolet Water Purifier
2. EPA Publication: ULTRAVIOLET DISINFECTION GUIDANCE MANUAL FOR THE FINAL LONG TERM ENHANCED SURFACE WATER TREATMENT RULE November 2006.

The Medical College of Pennsylvania studied UV Water Purification in a 340-liter hydrotherapy whirlpool tub equipped with a commercial UV water purification system. Twenty-seven separate experiments were conducted as follows:
​
1. The tub was cleaned and disinfected.
2. The tub was filled with tap water and water samples were taken for bacteria analysis.
3. A bather entered the tub and remained in the tub for 20 minutes while the whirlpool circulated the water. In each case the UV system was either turned on or off for the entire experiment, the UV-off cases presenting the control group.
4. Water samples were taken again after each bath for bacteria analysis.

The bacteria counts discussed are represented in CFUs (Colony Forming Units), a standard unit of measure in microbiology analysis.

The study shows that UV treatment during a 20-minute bath, despite high concentrations of bacteria brought to each bath by the various bathers, was reduced to average bacteria counts lower than was measured in the original tap water.

Department of Microbiology and Immunology and Department of Community and Preventive Medicine, The Medical College of Pennsylvania, Philadelphia, PA 19129, U.S.A

Hospital whirlpool u.v. treatment. Water samples collected from circulating water before patient use without u.v. treatment had recoverable numbers of bacteria (Table 4). CFU of water samples after 20 min of patient use with the u.v. system off resulted in a 5 x 105-fold increase in CFU. Although bacterial counts varied considerably from patient to patient depending on the presence or absence of open, draining wounds, continuous u.v. disinfection during periods of patient use resulted in bacterial counts below the level of detection, less than 10 CFU/ml in 25 of 27 experiments (Table 4).

The following study of UV water purification is cited in the US Center for Disease Control
(CDC) publication:

“Guideline for Disinfection and Sterilization in Healthcare Facilities, 2008”

BACKGROUND AND OBJECTIVE: CDC has estimated that 23% of Legionella infections are nosocomial. When a new hospital was being constructed and a substantial increase in transplantation was anticipated, an ultraviolet light apparatus was installed in the water main of the new building because 27% of water samples from taps in the old hospital contained Legionella. This study reports the rate of nosocomial Legionella infection and
water contamination since opening the new hospital.
​
METHODS: Charts of all patients with positive Legionella cultures, direct immunofluorescent antibody (DFA), or urine antigen between April 1989 and November 2001 were reviewed.
Frequencies of DFAs and urine antigens were obtained from the laboratory.

RESULTS: None of the 930 cultures of hospital water have been positive since moving into the new building. Fifty-three (0.02%) of 219,521 patients had a positive Legionella test; 41 had
pneumonia (40 community acquired). One definite L. pneumophila pneumonia confirmed by culture and DFA in August 1994 was nosocomial (0.0005%) by dates. This patient was transferred after prolonged hospitalization in another country, was transplanted 11 days after admission, and developed symptoms 5 days after liver transplant. However, tap water from the patient’s room did not grow Legionella. Seventeen (2.5%) of 670 urine antigens were positive for Legionella (none nosocomial). Thirty-three (1.2%) of 2,671 DFAs were positive, including 7 patients (21%) without evidence of
pneumonia and 6 (18%) who had an alternative diagnosis.

CONCLUSION: Ultraviolet light usage was associated with negative water cultures and lack of clearly documented nosocomial Legionella infection for 13 years at this hospital.