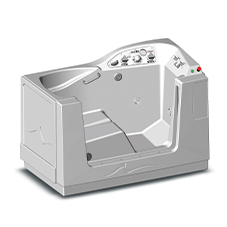 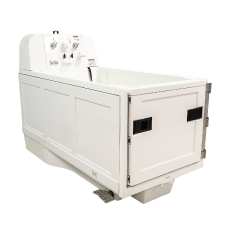 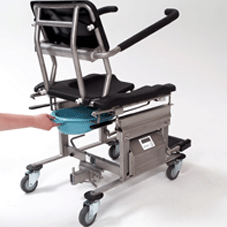 The Medical College of Pennsylvania studied UV Water Purification in a 340-litre hydrotherapy whirlpool tub equipped with a commercial UV water purification system. Twenty-seven separate experiments were conducted as follows:
​
1. The tub was cleaned and disinfected.
2. The tub was filled with tap water and water samples were taken for bacteria analysis.
3. A bather entered the tub and remained in the tub for 20 minutes while the whirlpool circulated the water. In each case the UV system was either turned on or off for the entire experiment, the UV-off cases presenting the control group.
4. Water samples were taken again after each bath for bacteria analysis.

The bacteria counts discussed are represented in CFUs (Colony Forming Units), a standard unit of measure in microbiology analysis.

The study shows that UV treatment during a 20-minute bath, despite high concentrations of bacteria brought to each bath by the various bathers, was reduced to average bacteria counts lower than was measured in the original tap water.

Department of Microbiology and Immunology and Department of Community and Preventive Medicine, The Medical College of Pennsylvania, Philadelphia, PA 19129, U.S.A

Hospital whirlpool u.v. treatment. Water samples collected from circulating water before patient use without u.v. treatment had recoverable numbers of bacteria (Table 4). CFU of water samples after 20 min of patient use with the u.v. system off resulted in a 5 x 105-fold increase in CFU. Although bacterial counts varied considerably from patient to patient depending on the presence or absence of open, draining wounds, continuous u.v. disinfection during periods of patient use resulted in bacterial counts below the level of detection, less than 10 CFU/ml in 25 of 27 experiments (Table 4).

The following study of UV water purification is cited in the US Center for Disease Control
(CDC) publication:

“Guideline for Disinfection and Sterilization in Healthcare Facilities, 2008”

BACKGROUND AND OBJECTIVE: CDC has estimated that 23% of Legionella infections are nosocomial. When a new hospital was being constructed and a substantial increase in transplantation was anticipated, an ultraviolet light apparatus was installed in the water main of the new building because 27% of water samples from taps in the old hospital contained Legionella. This study reports the rate of nosocomial Legionella infection and
water contamination since opening the new hospital.
​
METHODS: Charts of all patients with positive Legionella cultures, direct immunofluorescent antibody (DFA), or urine antigen between April 1989 and November 2001 were reviewed.
Frequencies of DFAs and urine antigens were obtained from the laboratory.

RESULTS: None of the 930 cultures of hospital water have been positive since moving into the new building. Fifty-three (0.02%) of 219,521 patients had a positive Legionella test; 41 had
pneumonia (40 community acquired). One definite L. pneumophila pneumonia confirmed by culture and DFA in August 1994 was nosocomial (0.0005%) by dates. This patient was transferred after prolonged hospitalization in another country, was transplanted 11 days after admission, and developed symptoms 5 days after liver transplant. However, tap water from the patient’s room did not grow Legionella. Seventeen (2.5%) of 670 urine antigens were positive for Legionella (none nosocomial). Thirty-three (1.2%) of 2,671 DFAs were positive, including 7 patients (21%) without evidence of
pneumonia and 6 (18%) who had an alternative diagnosis.

CONCLUSION: Ultraviolet light usage was associated with negative water cultures and lack of clearly documented nosocomial Legionella infection for 13 years at this hospital. 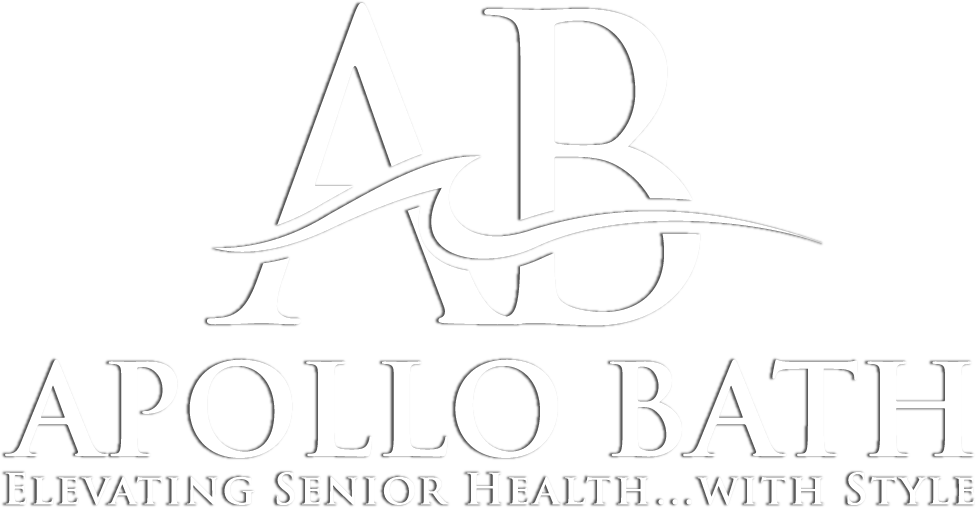